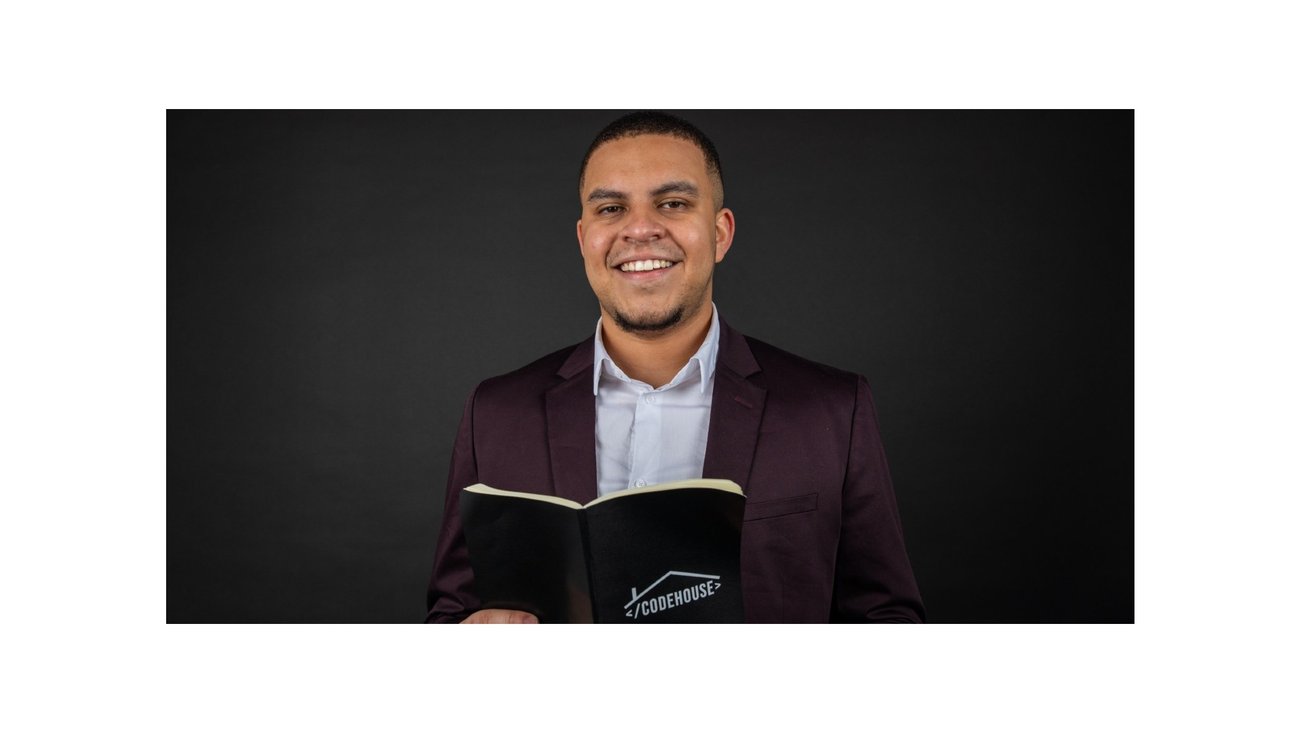 San Francisco-based Googler Ernest Holmes first started coding when he was in high school. “From then on, I was hooked and knew I wanted to become an engineer,” he says. By the time he was a freshman at Morehouse College, Ernest was participating in the Google in Residence program (GIR). That program introduced him to the Google internship program which he took part in for three consecutive summers before joining us as a full-time engineer.

Early exposure to coding helped set Ernest up for success, but some of his classmates weren’t as lucky. During his first computer science course in college, he realized many of the students were only then getting their first coding experience.

“There were some students who, like me, had their interest piqued early on, while others had never coded before in their lives, and they just wanted to take a computer science class to figure it out,” Ernest says. “For that second group, it was like they were starting at a disadvantage because they’d never been exposed to the concepts, and they were entering into college life at the same time. That can be overwhelming.”

Ernest started tutoring sessions for his classmates and quickly learned that if they’d been exposed even just a few years earlier, it could have changed their paths. Inspired by this idea, in 2019 — at the same time Ernest began his career as a full-time engineer at Google — he founded the nonprofit CodeHouse to fulfill his personal goal of bringing the joy of coding to the next generation.

“CodeHouse is a nonprofit that partners with schools across the U.S. to introduce students to careers in tech through exposure to large tech companies, hands-on training and financial assistance,” Ernest says.

An update on our progress in responsible AI innovation

When Binti Mwallau started Hasanat Ventures, her dairy processing company in Kenya, she expected some resistance from her peers in an industry dominated by men. But she was surprised to run into more skepticism from her customers. Despite her background in finance and biochemistry, many of them questioned her credibility as a woman entrepreneur.Worried that…

When Binti Mwallau started Hasanat Ventures, her dairy processing company in Kenya, she expected some resistance from her peers in an industry dominated by men. But she was surprised to run into more skepticism from her customers. Despite her background in finance and biochemistry, many of them questioned her credibility as a woman entrepreneur.

Worried that her gender would affect Hasanat Ventures’ reputation, Binti considered hiring a man as the face of the business. But she eventually decided against it, standing firm in her pride as a solo founder and committed to tearing down the perception that women-run businesses in Africa aren’t as successful as those run by men.

“I think we should be challenging the outdated narrative that businesses run by men are guaranteed to be more successful,” Binti says. “Based on research, we’ve seen that businesses run by women actually perform better. We should use this as an opportunity to prove that as a woman, you do stand a chance to succeed in everything that you do.”

Just as important to Binti as breaking this bias was giving Kenyans more access to affordable nutrition. “I realized that many people couldn’t afford premium yogurt. So we entered the market with a high-quality product that’s affordable for lower and middle-income earners who have become more health-conscious,” she says.

Binti knew she had to drive awareness for her brand, particularly to reach Kenyans who needed convincing about yogurt’s health benefits. So she turned to Google Digital Skills for Africa, which offers virtual classes to help entrepreneurs grow their skills and businesses, and completed a digital marketing course to help her get Hasanat Ventures online.

“After participating in the course, we knew our online presence had to be bigger than just social media,” Binti says. “Now that we have a fully functional website, we are actually getting leads from outside Kenya.”

As part of the course, Binti learned how to use Google Analytics to measure her website’s performance. She could now monitor traffic insights, analyze pageviews and better understand who was visiting her site.

Binti’s determination and passion for her business are showing up in the results. In its first year, Hasanat Ventures supplied over 300 retailers with affordable dairy products. Three years later, it’s grown to support more than 50 farmers and even built its own production facility to keep up with demand.

“I really want to make sure that I am visible and speaking up in spaces women don’t usually have access to,” Binti says. “As Hasanat Ventures continues to grow, I am confident I can help change the perception of African women in business.”

58% of Africa’s entrepreneurs are women. That’s why we’re empowering them with the platform and tools to grow their businesses. Learn more about our #LookMeUp campaign, highlighting Africa’s women entrepreneurs like Binti who are working to break the bias.

100 things we announced at I/O

35. The Google Home and Google Home Mobile software developer kit (SDK) for Matter will be launching in June as developer previews.

36. The Google Home SDK introduces Intelligence Clusters, which make intelligence features like Home and Away, available to developers.

37. Developers can even create QR codes for Google Wallet to create their own passes for any use case they’d like.

38. Matter support is coming to the Nest Thermostat.

39. The Google Home Developer Center has lots of updates to check out.

40. There’s now built-in support for Matter on Android, so you can use Fast Pair to quickly connect Matter-enabled smart home devices to your network, Google Home and other accompanying apps in just a few taps.

41. The ARCore Geospatial API makes Google Maps’ Live View technology available to developers for free. Companies like Lime are using it to help people find parking spots for their scooters and save time.

42. DOCOMO and Curiosity are using the ARCore Geospatial API to build a new game that lets you fend off virtual dragons with robot companions in front of iconic Tokyo landmarks, like the Tokyo Tower.

48. We announced Flutter 3.0, which will enable developers to publish production-ready apps to six platforms at once, from one code base (Android, iOS, Desktop Web, Linux, Desktop Windows and MacOS).

New ways to stay connected and entertained in your car

With split screen mode, now standard across all screen types and sizes, you’ll have access to your most-used features all in one place — no need to return to your home screen or scroll through a list of apps. With your navigation and media always on, you won’t have to worry about missing your next…

With split screen mode, now standard across all screen types and sizes, you’ll have access to your most-used features all in one place — no need to return to your home screen or scroll through a list of apps. With your navigation and media always on, you won’t have to worry about missing your next turn while changing your favorite commute podcast. And with the new design able to adapt to different screen sizes, it looks great across widescreen, portrait and more.

In addition to using your voice, you can now quickly message and call favorite contacts with just one tap, and reply to messages by simply selecting a suggested response on the screen – helping you communicate effectively, while allowing you to keep your eyes on the road. Keep an eye out for these updates to Android Auto in the coming months

Enhance the caller experience with hints in Amazon Lex